You are here: Home / About Us / Parish History / Father David Musgrave 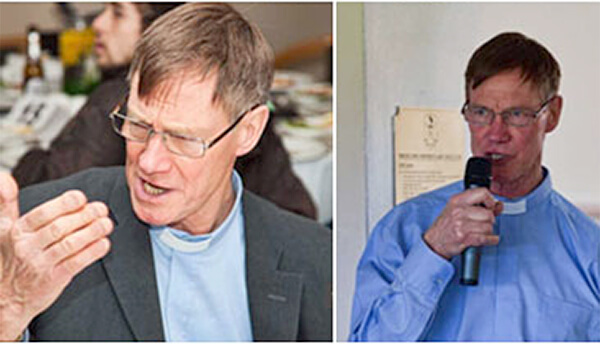 Despite being born in Chester in the United Kingdom towards the beginning of World War II, Father David has lived almost all of his life in South Africa.

The son of a farmer of Anglo Boer War era, associated with the Duke of Westminster and an English mother of original Jewish, Polish, German and Irish ancestry, from Poznań (Posen) Poland. Father David discovered the world of Schoenstatt while serving in the SA Navy following in the footsteps of his father who was a rating aboard the General Botha (formerly HMS Thames) in the 1930s.

Joseph Engling, a young German patriot and nascent saint of the trench warfare of the First World War appealed to his then current situation and encouraged him to continue to acknowledge a nascent vocation, strive towards manly holiness and respond to a sociological desire to “do good”, help people and “build bridges”, between people, themselves and God.

Father entered the fledgling community of Schoenstatt Fathers just prior to the death of the founder Joseph Kentenich in September 1968. In a number of ways Father David was a forerunner and pioneer, together with a group of other students from various parts of the world in further establishing the international Community.

He was ordained to the sacred priesthood in December 1976 and until 2007 served mainly as a priest in the Archdiocese of Cape Town, South Africa.

From early 1982 until March 2007 he served as Parish Priest of the parish of Our Lady of the Visitation, Constantia. He assumed this appointed after Father Heinz-Werner Schneider, also of the same Community, who had established the Parish together with a small group of enthusiastic, committed laity in 1970. These lay folk had been imbued with the spirit of the Second Vatican Council and found a priest who was most able and willing to ensure the Council’s teaching and spirit injected new life and direction in the Church and at parochial level.

This spirit is reflected in the original title and patronage of the parish of Mary as: Mater Ecclesiam. Mother of the Church, a title re-discovered from earlier centuries and officially proclaimed by Pope Paul VI at the conclusion of Vatican II.

Within the Schoenstatt lay Movement, there he has assisted with the Girls’ Branch, Women’s League, Pilgrim Movement and Union/Federation of Mothers. Here in England he assists in the Women’s League and Pilgrim Mother Champagne while being Administrator of the parish of Saint John Fisher.

Despite his age, he believes in the Miracle of the Wedding Feast of Cana: that the best wine is still to be served... 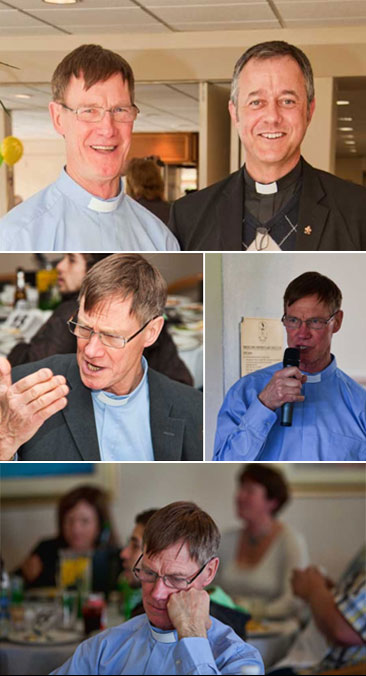 Chronicles of an Island Parish