‘If you want peace, work for justice.'
~ Pope Paul VI

Origin Of The Justice and Peace

During the Second Vatican Council, Pope John XXIII and the bishops from all around the world recognized the need to ‘bring the Church into the modern world’. Discussions were held to clarify the Church’s position on a variety of modern day issues. The outcome was one of the Second Vatican’s most important documents, Gaudium et Spes (Pastoral Constitution on the Church in the Modern World). The document concluded that an organization be established to set up the promotion of social justice on the international scene.

Justice and Peace was very active during the anti-apartheid mobilization. During the political transition period, the Justice and Peace Department focused mostly on the negotiation process, elections support, and (subsequently) the TRC process.

Aims and Objectives of the Commission

Justice and Peace can be described as:
"a way of life based on scripture and the social teachings of the church for the transformation of society by committed Christians.”

The immense hardships that still afflict the majority of people in South Africa today maintains the call for all of us to struggle against that which creates suffering for so many.

The objectives of the Justice and Peace Commission are:

Justice and Peace In Our Parish and Society

How do we establish the aims of Justice and Peace in our society and parish?

In Cape Town there are many examples of injustices and human rights violations – from xenophobic attacks, discrimination against refugees, violence against women and children, human trafficking, alcohol and drug abuse, gangsterism, HIV/AIDS to the huge income disparities where some cannot afford even basic necessities.

There are many reasons as to the underlying causes for all these social ills. Through shared information and informed talks on understanding the underlying causes of injustice we can become more aware as to what these causes are and how they interrelate. This allows us to be more constructive in how we engage in our society to bring about meaningful change.

The J&P archdiocese representative meetings are held quarterly and must be one of the few organizations in the city where representatives from all areas of Cape Town, rich and poor, Constantia to Khayelitsha can sit around a table, discuss the issues that are of the greatest concern in their area and learn how the other half live. This in itself is an achievement and a wonderful opportunity for the different parts of our divided society to get to know each other and to help in an effective and informed way.

With more knowledge and understanding of the realities in our city we will hopefully become more inspired to get involved and work for a better society where the basic human rights of all people and the respect for our planet and creation are guaranteed.

Some topics that the Justice and Peace Group within the Constantia Parish would like to focus on include: 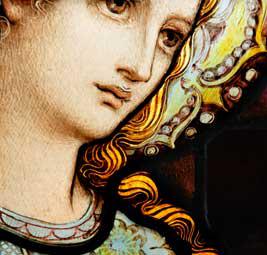 If you are interested in joining the Justice and Peace Group at the Parish please contact the Parish Office.