You are here: Home / Catholic Resources / Archdiocese of Cape Town

From the time of discovery of the Cape, ecclesiastical jurisdiction over it appertained to the Portuguese missionary authorities. After the settlement of the Cape in 1652, the practice of the Catholic religion was prohibited by the civil authorities. Then an Ordinance on 25 July 1804 by the commissioner, declared that all religious societies would enjoy equal protection from the laws and in 1805three Dutch priests arrived in the Cape. The following year they were ordered to leave by the military authorities.

On 13 June 1939, the name of the Western Vicariate was changed to the Vicariate of Cape Town. On 11 January 1951, Pope Pius XII set up the Ecclesiastical Province of Cape Town comprising the Metropolitan Church of Cape Town, with the suffragan sees of Aliwal, Oudtshoorn, Port Elizabeth, Queenstown and De Aar.

Read more on the history of the Archdiocese

The archdiocese's motherchurch and thus seat of its archbishop is the Cathedral ofSt. Mary of the Flight into Egypt. The new Archbishop of Cape Town is His Grace Stephen Brislin. He succeeds Archbishop Emeritus Lawrence Patrick Henry. 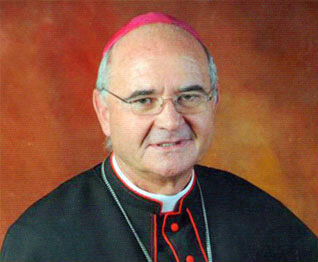 The new Archbishop of Cape Town is His Grace Stephen Brislin. He was appointed by Pope Benedict XVI on Friday, December 18, 2009 and was installed on February 7, 2010, on the Solemnity of the Flight into Egypt, the patronal feast of the Archdiocese of Cape Town. He succeeds Archbishop Emeritus Lawrence Patrick Henry.

Born in Welkom on 24 September 1956. Schooling at St Agnes' Convent, Welkom and CBC, Welkom. Seminary: Philosophy at St John Vianney, Pretoria and Theology at the Missionary Institute, London. Ordained a priest on 19 November 1983. Ordained Bishop of Kroonstad on 28 January 2007. 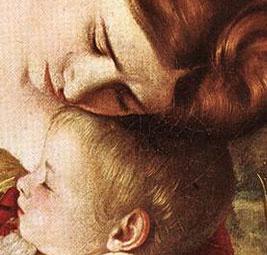 News From the Archdiocese

Declaration of the Conference for Democratic Renewal and Change

Posted: July 5, 2022, 11:57 am
To officially endorse the document in your organisational or personal capacity, please click this link and fill in your details: https://docs.google.com/forms/d/1BVZjIyS_6YOIJxtP6wI93gN_T9xbJ2fYgeV...

Posted: July 4, 2022, 12:14 pm
Winter Living Theology (WLT) has not taken place in-person since the advent of the Covid pandemic. However, this year, the Jesuit Institute South Africa will again host WLT. The theme of this year’...

This is available for every Catholic Christian in the Archdiocese.
Sessions R10.
Every Wednesday @ 7:00 - 9:00 pm
At the Chancery.

The Archdiocesan Library, which is housed at the Chancery, is open on the first Saturday of each month from 10.00 – 12.00.